The whole Rock Springs Texas Series story idea came to me about 10 years ago. I had been messing around with the characters long before I published so I thought it would be fun to share some facts from the earlier drafts for the stories you never knew!

Sage and Colt’s story was the first story. They were the ones who built the series and the more I got to know them the more I knew their siblings needed to have their story told too.

2. Sage originally ended up with Blaze.

In the first few years of this story, Sage ended up with Blaze. Then the more I developed Colt I just knew Sage and Colt were meant to be.

When I started writing The Cowboy and His Runaway Riley’s name was Kaci. Then when I wanted a pen name I chose Kaci because not only was that the first book I finished but I’d spend so much time with the characters I had a special connection to them. So Kaci is my nod to Rock Springs.

4. The series was originally going to be told through Sage’s eyes.

This changed once I started writing it but you can see those deleted chapters in the Rock Springs Texas Box Set. Sage was going to be the overarching narrator but that became harder in some of the later books where she wasn’t around.

5. Jason and Kelli almost ended up together.

On a night of too much wine, I had the brief thought of putting Jason and Kelli together. Thankfully the next day that was a big no. It was still a year later before Ella came into the picture.

6. Lilly was never supposed to have as big of a part in the series as she does.

In fact, in the first draft of the book I never even named the truck driver. Once I wrote the ending of The Cowboy and His Runaway I decided to make her a bigger role and bring her back at the end of the book. This is what started the Cowboys of Rock Springs, Texas series.

This series ended for me after Mac’s story. But by the time book 3 was released I realized readers wanted more so I planned the Christmas and Valentine’s Day books. Then everyone wanted Royce’s story so book 8 came along. I always wanted to tell Abby and Brice’s story so that took us to 10 books. Mixing in Lilly’s sister rounded us off to 11. I have one more story coming up in an anthology then Rock Springs is complete!

8. Savannah’s story wasn’t even planned in the second round of books.

After Lilly’s story in book 6 everyone wanted to know about her sister. The Christmas book did so well so The Cowboy and His Christmas Rockstar was born and this is Savannah’s story. HINT: You will also get a special guest appearance from Landon, Dallas, and Austin from She’s Still The One!

9. Miles gets his story in an up coming anthology.

Yep, Miles will make book 12 in the series. His will actually be a Sleeping Beauty retelling for the anthology.

10. I have a few people pulled to write some short stories or anthologies on.

I do have a few other people from the series pulled to write anthologies with if the right one comes along. They include but are not limited to. Chuck, Ryan, and Jill.

11. When I wrote George King in book one I had NO IDEA the biggest ranch in Texas was REALLY the King Ranch.

This is why you don’t hear talk of the ranch anymore in the series after book 1.

You can read more about King Ranch here (and thankfully there is no George King in sight!)

I got a little bit better at my research after that!

12. I forgot Riley was pregnant until I finished book 3 then had to go back and add it in.

This is also the time I decided I needed a series bible to hold all the information on each person and location in one place.

This series bible is where I write a character profile for each main character and timeline so I don’t forget anything important again!

13. I pantsed books 1-4 then with Mac’s story I got stuck so I had to start plotting the rest.

Pantsed means I wrote the book straight from my head with no outline. That was great because I had spent so much time with the characters but come Mac’s story there were holes that needed to be fixed and I had to sit down and plot.

I’ve been doing a basic plotting ever since.

14. Sky, Jenna, Ben, Cindy, and Kelli will get their stories in the Walker Lake spin-off.

I will also be doing a free cross over story to kick things off. The Cowboy and His Everything will be Anna Mae’s brother Jesse’s story. Jesse, Anna Mae, and Royce will be in Walker Lake when he meets his forever girl.

The Walker Lake series will release at the end of 2022 but keep an eye out for The Cowboy and His Everything, a Walker Lake freebie which should come out the beginning of 2022 plus a few other cowboy surprises!

If you aren’t on my newsletter list, join up now and get the book before anyone else!

Get Sage and Colt: The Beginning for FREE!!

Join me and get a free copy of Sage and Colt: The Beginning.

Watch Sage and Colt fall in love the first time!

You will get access to some hot cowboys in my weekly Cowboy Corner and some other great freebies! 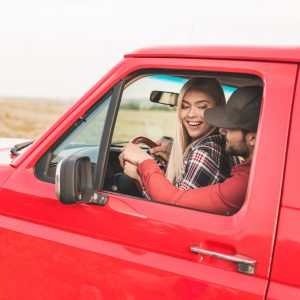 Welcome to my blog! I love my book boyfriends to be tattooed, muscular, bearded, and a little bit dirty.